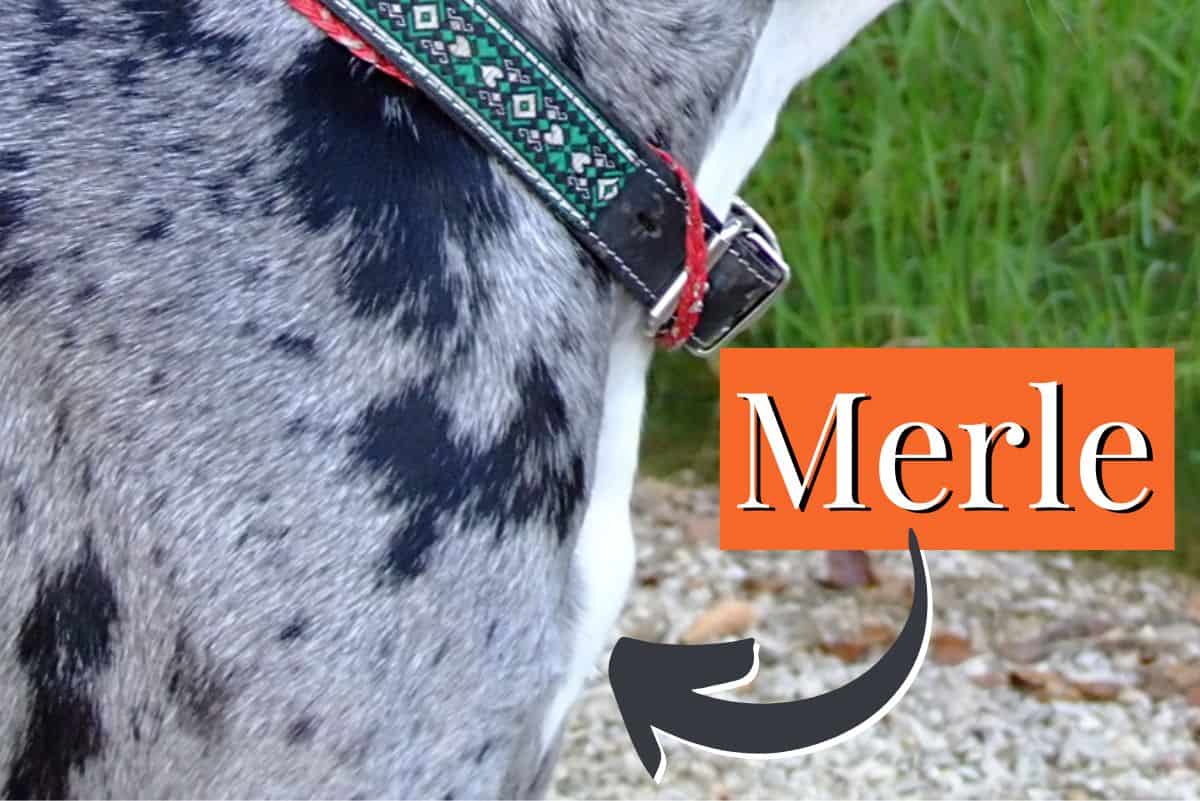 A mutation in a specific gene causes the merle coat. Every dog has two copies of every gene, one inherited from its mother and one from its father. Because the merle gene variant is dominant, a Staffy only needs one copy, inherited from either parent, to have a merle coat.

Merle is a long-established and frequently occurring colour in the eleven breeds. There is a long-standing tradition of careful breeding to prevent merle-to-merle matings.

What Does “Merle” Mean in a Dog?

Merle is a dog’s coat pattern, but people frequently misidentify it as a colour. The merle gene produces blue or other unusually coloured eyes with mottled patches of colour in a solid or piebald coat. Merle can also change the pigment of the dog’s skin.

Additionally, having two Merle genes or a double Merle can result in severe health issues such as blindness or deafness.

Although the merle genetic pattern has long existed in dogs, the term “merle” didn’t become popular until the early 2000s. In some breeds, it’s also known as dapple. For dogs to have this coat pattern, they only need one merle gene. Dogs with two merle genes are more likely to experience merle-related health issues.

Can You Get Merle Staffies?

Merle is a heterozygote of a partially dominant gene. If two of these dogs are mated, on average, one-quarter of the puppies will be “double merles,” the term used to describe dogs which are homozygous for merle.

A significant number of double-merle puppies may also be blind or deaf. Knowledgeable breeders mate a merle dog and a non-merle dog to produce merle puppies. Half of the offspring will be merle without the risk of vision or hearing defects common in double merle dogs.

As just mentioned, merle Staffies are as healthy as any other colour Staffy, except if a breeder has mated two merle dogs. This practice might guarantee more merle puppies, which translates to increased revenue from higher prices but severely impacts the puppies’ health.

A blue merle Staffy is not actually blue; it’s a black dog with genetically altered colouring that makes them look like someone accidentally whitewashed them. At the same time, some of the dog’s black coat remains intact, and other areas of the coat are closer to a bluish-grey hue.

The AKC (American Kennel Club) recognises eighteen coat colours for the Amstaff (American Staffordshire Terrier), such as black, blue brindle, red, white, etc., but does not recognise a merle coat as standard.

The Amstaff inherits the merle coat precisely the same way as the Staffy, and the same defects occur if breeders mate two merle dogs.