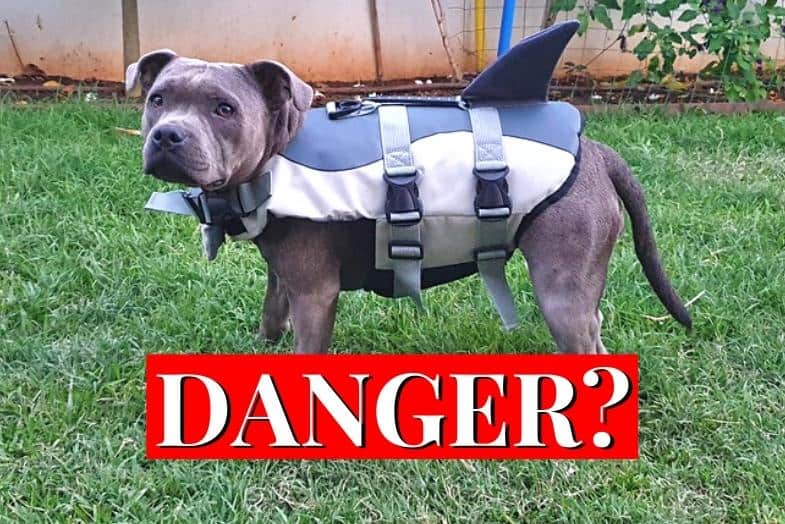 In 2018 the UK Government voted against putting the Staffordshire Bull Terrier on the dangerous dogs list. Winning the vote was fantastic news for the dog’s massive fan club; after all, the Staffy is one of the most popular dog breeds throughout the UK. If the government had voted the wrong way, there would have been an almighty uproar from millions of Staffy devotees.

But why was there any need for a vote in the first place? The Staffy is hugely popular; millions of owners exist in the UK, not including the many Staffy crossbreeds.

So why is there such antipathy towards the Staffordshire Bull Terrier, and are they as dangerous as some people seem to think?

A petition from People for the Ethical Treatment of Animals (PETA) sparked this debate in government. Breeding such pets, they claimed, encouraged their abuse. As a result, the government must put the Staffy on the dangerous dogs list and effectively ban them from the UK.

However, it’s more likely PETA petitioned the government to ban the Staffy because of the dog’s perceived reputation.

In the wrong owner’s hands, any dog can be dangerous. There are far larger and more powerful dogs in the UK than the Staffy. Are all those going to be banned also? Of course not!

Sadly, the Staffy has gained a reputation as the dog of choice for white working-class youths, “chavs.” They want a dog to enhance their reputation or street cred, and a powerful-looking dog, like the Staffy, does that for them.

Why Are Staffies Considered Dangerous?

While it’s true in some quarters, people see Staffies as dangerous dogs, that doesn’t make it accurate, and as with all things, there are two sides to the story.

As mentioned, in recent times, the wrong type of people have taken to owning Staffordshire Bull Terriers because of their rugged, powerful look.  This look adds weight to the impression such people want to give, which is “look how hard I am!”

In addition, Staffies do have a particular look about them. You can’t say they are small and cuddly, like a Shih Tzu, for example. And many people, even dog lovers, don’t particularly like dogs such as Staffies or dogs like the Rottweiler and Doberman.

Another reason people see Staffies as dangerous is the dog’s history. It’s safe to say all Staffy owners are aware of the dog’s dogfighting history, and it seems many non-Staffy owners do as well.

For centuries in England, dogs were used to bait bears and bulls, mainly bulls. At the time, people believed that beef was more tender when stressed by fending off attacking dogs. The early bull and terrier dogs, as people called them, are the ancestors of the modern-day Staffy.

Once the government outlawed bull and bear baiting, the dog owners turned to dogfighting. The owners bred the Staffies’ ancestors from the Old English Bulldog and a mixture of local terriers.

Many people know of the dogfighting history but what they don’t know is the dogs lived with the owner and family in what was typically a one-room dwelling. So no matter how aggressive they were against other dogs, they could not harm any human family.

Dog attacks, in general, are on the rise in the UK. In the last fifteen years, dog attacks have more than doubled, with more than 7000 patients visiting their doctors after being attacked by a dog in 2020 and 2021. So far this year, there have been six fatal dog attacks.

Since 2008 more than 10,000 people have needed hospital treatment after a dog attack, a rate of fifteen cases per one hundred thousand living in the UK.

The RSPCA blamed the dramatic increase in the last two years on Covid lockdowns, but the numerous overseas puppy farms have also fueled the trend.

According to statistics on Wikipedia, since 2000, there have been 50 deaths due to dog attacks. These figures don’t necessarily represent dog bites but dog attacks. Of those, half are children and the majority of children under 12 years of age. Many of those children are babies and young toddlers, which would suggest dogs were left alone with those children.

Regarding the statistics related to Staffies, eight attacks are from Staffordshire Bull Terriers and a further four from Staffy crossbreeds.

Are Staffies More Dangerous Than Other Dogs?

Between 2010 and 2020, 60,095 Staffordshire Bull Terriers were registered in the UK. However, since 2013 there has been a significant drop in registered numbers.

Even so, that’s a lot of Staffies in the UK. During the same period, there were five fatal attacks by Staffords and four by Staffy crossbreeds, which worked out at 0.00015. Even though the numbers are low, no one wants to see dog attacks.

According to an RSPCA spokesperson, the dog breed is not an essential indicator of aggressive dog behaviour. The fault lies with the humans in control or in supposed control of their dogs.

Based on the statistics, you have to say a Staffy is no more dangerous than any other dog breed. If you consider the number of less severe bites, where no hospital or doctor visits are necessary, then the statistics are more favourable for the Staffy.

The “nature vs nurture” debate focuses on how much a dog’s unique physical and behavioural characteristics are formed by their inherent attributes (“nature”) or by their life experiences (“nurture”).

The idea is to determine how much of the dog’s (psychological) make-up is the consequence of environmental effects and phylogenetic ancestry. It’s not so straightforward to view an animal’s behaviour in either-or form.

The two ideas are not mutually incompatible. Veterinarians and animal behaviourists understand that inherited traits and the environment play an essential role at every stage of a dog’s development.

Staffies are one of the most misunderstood dog breeds in the world. Those unfamiliar with the breed see them as dangerous savages. But as owners know full well, the primary way a Staffy could kill you is if they licked you to death.

So, on that point, let’s quickly dispel three all-too-common myths about Staffy breeds.

This myth has been circling for many years, and people use this as a reason not to trust some dogs, especially “Bully” type dogs. To make it clear, Staffordshire Bull Terriers do not have jaws that lock when they bite down on something. In fact, no dog has “lock jaw”.

Of course, every Staffy owner knows that the dog has powerful jaws and loves to chew. However, there are far more powerful biters in the dog kingdom than Staffies and no Staffy breed even ranks in the top 10 dog breeds for having the strongest bite. This is one more myth that helps to spread the negative view of the Staffy.

Staffies Are Dangerous to Children

Staffies are no more dangerous to children than any other dog breed. I’ve seen many a small breed (chihuahuas, I’m looking at you) snap at children for absolutely no reason other than the dog is irritated by a small child.

Having said that, no dog should be left alone with a child, whatever the breed. Children have a habit of poking, prodding, and misbehaving toward dogs. If a dog thinks they are in danger or the child pesters them beyond belief, it’s conceivable the dog might react with a bite or scratch in order to get them to stop. It shouldn’t happen, but it sometimes does.

Indeed, in contrast to this myth, Staffies have actually earned the nickname of the “Nanny Dog” and are among the few dogs the UK Kennel Club recommends as suitable for families with children.

Last but not least, Staffies are not on the dangerous dog list in the UK. Only four dogs are on that list: the Pit Bull Terrier, Japanese Tosa, Dogo Argentino and Fila Brasileiro.

The reason some people think that Staffies are banned is because Staffies are often mistaken for Pitbulls, especially the larger American Staffordshire Terrier.

However, the simple truth is that Staffies are not on the dangerous dogs list in the UK and as anyone who owns one knows, nor should they be.